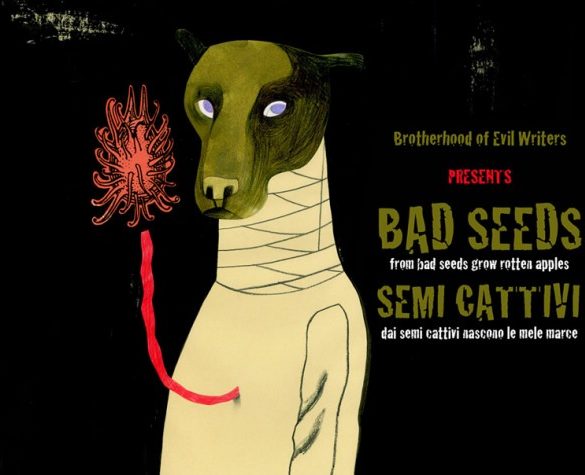 Brotherhood of Evil Writers
B.E.W is an anonymous collective of American authors brought together for this collection of stories and inspired by illustrations. We gave each of them a selection of pictures with just one request: the stories must contain the word “seed” or “seeds.” 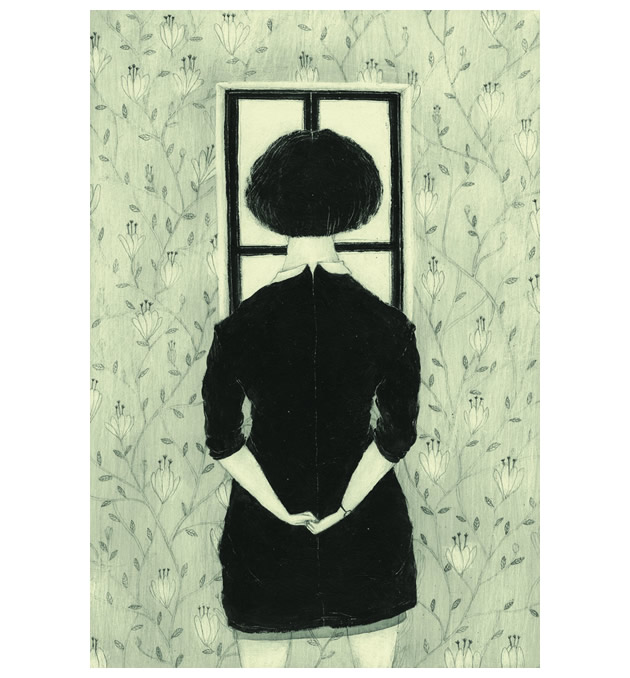 There was this girl at the window. I mean she would be standing there all day.
I couldn’t figure out what she was looking at, but I had a feeling that more than looking, she was waiting. No one ever went to visit her so I convinced myself that she was waiting for me.
I too started waiting for her. I used to wake up and go to the window to see if she was already there. The only thing she did, apart from stand in front of the window, was comb her hair. She touched her hair all the time. She must have thought her hair was beautiful or that she herself was very beautiful. Maybe she was doing it for me? Because she knew I was looking at her? Did she used to touch her hair before I started watching her?
I continued watching her from the window throughout the fall,. She never made a sign.
Then spring came and one day the wind filled the road with wooly seeds. They seemed to fall from the sky like snow.
That April snowfall was a surreal scene. She was at the window and suddenly she looked at me. I smiled, pointing at the seeds, but she didn’t move. She just went on touching her hair.
I thought that perhaps she didn’t like me. But I decided that I had to know. So I did a stupid thing. I chose at random one of the names on the door of her building, I looked for the phone number. Then I called. I can’t even remember what I said, I pretended to be friend of the girl… I didn’t even know her name. And I couldn’t say “You know, the girl at the window”, because it would have sounded weird. So I described her.
The voice on the other side of the phone recognized her immediately.
“You mean, the blind girl?”
Blind girl?
That’s how I discovered that her name was Suzanne.

THE ROTTEN APPLES
Written by Hemlock illustrated by Ana Albero

Bad seeds spawn rotten apples, Sister Agnes once said.
While she was saying this she seemed to be looking at me and after a while I realized that she really was. Something had been stolen from a drawer, I cant’ remember what, maybe a book, and she thought I had stolen it.
Because my father was in jail.
But my father wasn’t a thief. He was a killer.
The book, or whatever it was, was found it after a while. Sister Agnes didn’t stop looking at me though, as if I had stolen it and then put it back where it was.
I hated the boarding school. And I hated the nuns. Especially Sister Agnes.
When I was 16 I killed her. I split her head open with a hoe.
In the end I guess she was right: bad seeds spawn rotten apples.